My intercessor is my friend as my eyes pour out tears to God; on behalf of a man he pleads with God as a man pleads for his friend. Job 16:20-21 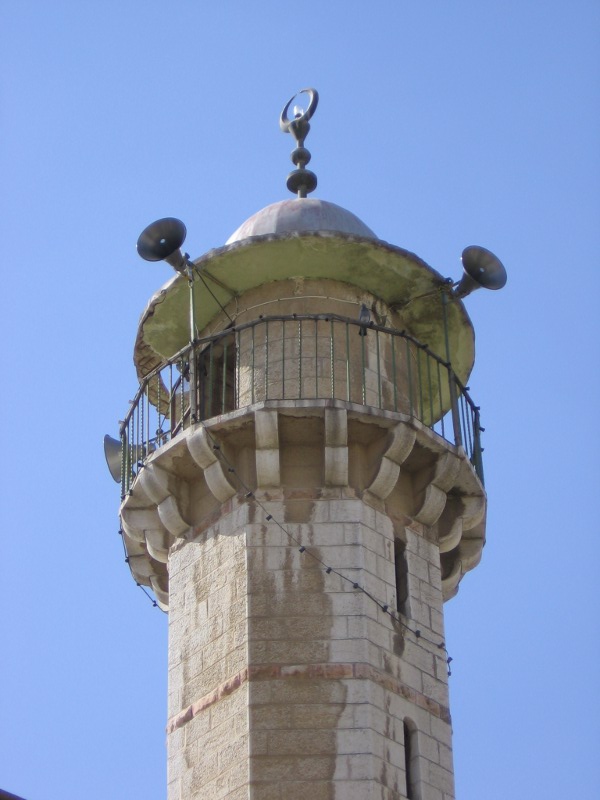 Having talked, and conversed by E-mail, with some Muslims, I realize that there are areas of overlap in our faiths which we can profitably discuss rather than dwelling on our differences.

I should like to try and answer some of the questions that have been raised in a constructive manner.

I believe we have more in common than many suppose.

Since Mohammed exhorted his followers to consult the "People of the Book" if you are in doubt about anything, I am being bold enough to attempt to answer questions about our spiritual relationship.

Minaret in the Old City in Jerusalem

As I understand it from the Qur'an, you agree that Issa is a prophet (and the Messiah, son of Mary ) and that he performed miracles during his time on the earth.

I understand that the Torah and the Injils (New Testament Gospels) form part of the literature that you hold sacred.  The Injils contain accounts of the life and ministry of Issa / Yeshua / Jesus told from different perspectives.

I understand that you too believe Issa / Yeshua / Jesus was taken up into heaven, even though you may not share my belief in his crucifixion and resurrection.    I find this really exciting, since it means we agree that he is still alive and in heaven and ready to hear and answer when we cry out.

While the Torah makes it clear that the Creator God is Holy and not to be approached  lightly by we sinful humans, the Gospels make it clear that Issa / Yeshua / Jesus came as an intermediary who we can approach.   The healing miracles which he performed were confirmation that he had authority to forgive sins.   Particularly in this incident recorded in Matthew's gospel, chapter 9

Jesus stepped into a boat, crossed over and came to his own town. Some men brought to him a paralytic, lying on a mat. When Jesus saw their faith, he said to the paralytic, "Take heart, son; your sins are forgiven."  At this, some of the teachers of the law said to themselves, "This fellow is blaspheming!" Knowing their thoughts, Jesus said, "Why do you entertain evil thoughts in your hearts?  Which is easier: to say, `Your sins are forgiven,' or to say, `Get up and walk'?  But so that you may know that the Son of Man has authority on earth to forgive sins. . . ." Then he said to the paralytic, "Get up, take your mat and go home."  And the man got up and went home.  When the crowd saw this, they were filled with awe; and they praised God, who had given such authority to men. 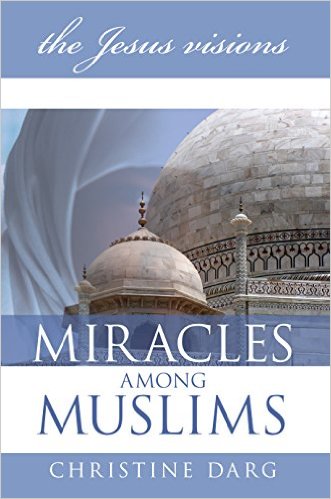 Since we agree that Issa / Yeshua / Jesus is alive in Heaven this means he is still willing to listen to our calls for help.

Having heard one young Muslim friend explain that, "We talk about Jesus all the time" and that his (Sufi) Imam had advised those in doubt to have a shower and sit in a dark room and pray for revelation, I would encourage you to ask Issa / Yeshua / Jesus to help you.   He declared his purpose by quoting from the prophet Isaiah  (Chapter 61)

The Spirit of the Sovereign LORD is on me, because the LORD has anointed me to preach good news to the poor.  He has sent me to bind up the brokenhearted, to proclaim freedom for the captives and release from darkness for the prisoners....

The Person of God

I know that Muslims (and Jews) have difficulty with Christians apparently saying that the Creator God is three persons.  May I attempt to make our doctrine a little more accessible.

The Creator God is everywhere, all knowing and all powerful, and He created man as a being having a spirit as well as a body.  Our spirits will outlive our mortal bodies; which is why we need to consider our destination beyond this earthly life.  Thus I am a man having a body of flesh and a spirit, but I am still just one man; not two.

Since the Creator God is present everywhere and knows our deeds and our motives, he is clearly not like a mortal, finite man.  God is able to manifest himself wherever and whenever he wishes.  In the Torah, it is recorded that God manifested himself in a human form, which I believe were early instances of his appearance as Issa / Yeshua / Jesus.   I know this is difficult to take in, but who said it would be easy to comprehend the nature of the Creator God.   Consider a mouse who might live in my home; I could watch him about his business but there is no way he would watch me and be able to understand me and my life.

The Jewish affirmation of belief says,  "Hear O Israel, the LORD our God, The LORD is one......."  *  but the word translated into English as "one" is Echad, which means a composite unity (like when a man and his wife are said to become one), rather than the other possible word yachid, which means a singular unity.  Thus the Christian must understand that our God is indeed one and not three, but that He has this composite nature.  This comes out in the experiences of the prophets upon whom, or into whom,  God placed His spirit.   The Spirit of God is referred to as doing various things, but it is not a separate being; it is still a part of God.   This is amazing, since it means that if God gives us his spirit, as Jesus promised, we can have God's spirit within us to help us to live right with God.

* Deuteronomy 6 v4  ( The Shema) .   Please note that the word "LORD" is a convention used in most English translations for the name of God.

Note   The convention on this web site is to print non English words and names in bold italics.  eg Yeshua  the  Hebrew name which is translated into English as Jesus and into Arabic as Issa.

May Issa / Yeshua / Jesus bless you.

You may also be interested in the experience of one man who found the Qur'an pointing him towards the Injil  and to  Issa / Yeshua / Jesus the Messiah.

In the 114 Suras of the Qur'an, no sin is attributed to  Issa / Yeshua / Jesus, but in Sura 40 Mohammed is commanded,

"to ask protection and forgiveness for your fault."

This led this man to check out how special Jesus was, knowing that the fourth Sura said,

"They say we killed the Messiah, the son of Mary.  He was not killed, he was not crucified.  Another person who resembled him was killed in his stead.  God raised a living Jesus into the sky."

But the next day he found in the third Sura,

"Oh Jesus I will make you taste death.  I will raise you up unto me, and I will deliver you from the unbelievers and those who follow you will be above those who do not believe in you until the day of resurrection.  You will return to me.  I will judge your differences."

As he continued to seek to understand, he discovered, in Sura 19, the infant Jesus saying,

"After six months of investigation, I realized that the Qur'an confirms the Bible and that Jesus is above the other prophets.  He is the Messiah, the Apostle of God, Mary's son, the Spirit of God, the Word of God.  I was further convinced that He was crucified."