"....when I will send a famine through the land-- not a famine of food or a thirst for water, but a famine of hearing the words of the LORD." Amos 8:11 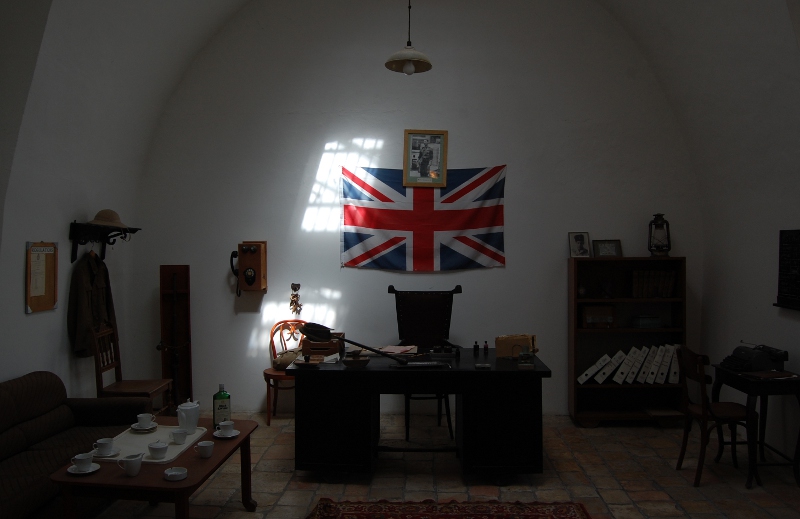 Between the Feasts of Pentecost (Sha vu Ot) and Tabernacles (Sukkot) , there are three months without any feasts.

These three months are the hot, dry summer months in Israel.

In the same way as the seven Moedim feasts are prophetic, this gap can be seen as being as prophetic in a negative way, Referring to what happens to Israel between Shavuot and Trumpets.

See below for the Gap Years in Daniel chapter 9

The newly redeemed nation of Israel experienced Passover, through to Pentecost - from leaving Egypt, their place of bondage, up to receiving the covenant from God at Sinai.   However, through unbelief and stubbornness (except for Joshua and Caleb) they wandered in the wilderness for forty years and it was a different generation that entered the Promised Land and celebrated Sukkot (Tabernacles - Ingathering).   Thus this three month gap can be seen to be a reminder of this forty years.

Prophetically   of Israel and Yeshua

Having seen Passover to Pentecost fulfilled in Yeshua, the nation of Israel  (Judah) went into exile and persecution and their walk with their God went into pause mode.   As some say, "the clock stopped - a particular reference to the seventy weeks revealed to Daniel.   (This is excluding the Jews who did, and still do, receive Yeshua as their messiah - they are counted in with the Church, which was originally entirely Jewish)

However, The prophecy of Tabernacles is just as certain to be fulfilled as any other.   We are already seeing the exiles being gathered from the lands to which they were scattered and the rest of prophecy will be brought to completion and "All Israel will be saved."

Prophetically   of the Church

The Church experienced the fulfilment of the feasts, from Passover through to Pentecost but has yet to experience Tabernacles.   A critical comparison of Church History and New Testament faith is most discouraging.   The Church has experienced forty jubilees  (40 * 50 = 2000 )  hot dry years of wandering rather than moving on into the Ingathering.   Some churches (some believers) have progressed further than others - some reaching Pentecost while others have not.

Am I being harsh?    Consider the way the church has spent this time developing and refining its own calendar, independently of the Biblical calendar  (  Christian Calendar ) with its layers of tradition and celebrations.   The early messianic Jewish followers of Yeshua evangelized the known world (70 nations)  in the first seventy years of church history.   The Gentile Church of Rome took/usurped authority from Jerusalem and proceeded to go just as wrong as Israel ever did.

Consider the decline and rise of faith in the Church;  what was lost and what is being regained.

The prophecies in Tabernacles will be fulfilled in the Church.    Will we enter in  willingly and joyfully or get left outside to die in the wilderness?

How far have you and I got?   Are we ready to move into the fulfilment of another feast?

The work of Kevin J Connor,  "The Feasts of Israel" was most helpful in explaining the whole cycle of feasts, including the gap years.   ( Books )

Dan 9:24 "Seventy weeks have been decreed for your people and for your holy city for putting an end to the transgression, for making an end of sin, for forgiving iniquity, for bringing in everlasting justice, for setting the seal on vision and prophet, and for anointing the Especially Holy Place.
Know, therefore, and discern that seven weeks [of years] will elapse between the issuing of the decree to restore and rebuild Yerushalayim until an anointed prince comes. It will remain built for sixty-two weeks [of years], with open spaces and moats; but these will be troubled times.
Then, after the sixty-two weeks, Mashiach will be cut off and have nothing. The people of a prince yet to come will destroy the city and the sanctuary, but his end will come with a flood, and desolations are decreed until the war is over.
He will make a strong covenant with leaders for one week [of years]. For half of the week he will put a stop to the sacrifice and the grain offering. On the wing of detestable things the desolator will come and continue until the already decreed destruction is poured out on the desolator."

2 The first seven weeks of years ends with an anointed prince - not The Messiah - his identity does not seem to get much discussion and is probably not important.

5 The remaining week of years does not follow on from that, but will happen at some time yet to be revealed. During this seven years the antichrist / the prince who is to come will come on the stage, and mid way will break his covanant and desolate the temple.

The Spirit of Adonai Elohim is upon me, because Adonai has anointed me to announce good news to the poor. He has sent me to heal the brokenhearted; to proclaim freedom to the captives, to let out into light those bound in the dark;
to proclaim the year of the favor of Adonai and the day of vengeance of our God; to comfort all who mourn,

That is the completion of Daniel 9:24

Seventy weeks have been decreed for your people and for your holy city for putting an end to the transgression, for making an end of sin, for forgiving iniquity, for bringing in everlasting justice, for setting the seal on vision and prophet, and for anointing the Especially Holy Place.

7 So what is this gap between the sixty nine and the remaining one ? This is the time when God moves his focus of world redemption from Israel to the church. This is not Replacement Theology as it is not saying God rejected Israel, but it does accord with the words of Yeshua when he wept over Jerusalem for not recognising the time of his coming and also what he told his disciples about the Times of the Gentiles (similar but not the same as Paul's phrase about the fulness of the Gentiles (Romans 11:25)) This gap of, as yet, unknown length appears to be the time during which Yeshua's Church is completed. (Not the man made edifice church, but God's "one new man" of Jew and Gentile)

8 At the end of this gap, God will return his focus to the nation of Israel and fulfill the prophecies that are still outstanding - Romans 11: 26, Zechariah 12 onwards, Hosea 5:15, Revelation, and many more.

9 Pre Tribulation rapture eschatology makes a good case that this gap period starts with the Rapture of the church, and ends as God wraps everything up, returning his focus to Israel and Messiah Yeshua returns. Zechariah 14:4 "On that day his feet will stand on the Mount of Olives...." when "This Yeshua, who has been taken away from you into heaven, will come back to you in just the same way as you saw him go into heaven." Acts 1:11