Let no one be found among you who sacrifices his son or daughter in the fire, who practices divination or sorcery, interprets omens, engages in witchcraft, or casts spells, or who is a medium or spiritist or who consults the dead. Anyone who does these things is detestable to the LORD, Deuteronomy 18:10 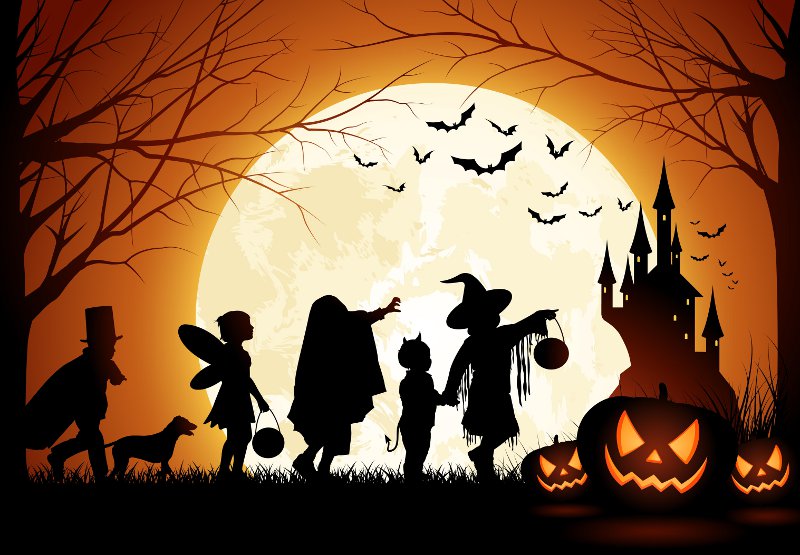 See wikipedia.org/wiki/Samhain and Google search "Samhain." You will find various explanations from the bland to the seriously worrying. Since the origins date back so far, the details must remain a matter of differing opinions. This page is aimed at Christians who are prepared to re-examine the origins of popular traditions and check them against the Bible. It is not intended to satisfy academic curiosity.

We do not accept the suggestion that warning about occult practices is "hate speech." There are some serious allegations on this page, but they are supported by the web sites of the groups to whom this page might be accused of speaking hatred.

As Christian comment on a Christian web site, this page is pointing out the reasons why Christians should shun some of the activities associated with these feasts.

The Christian should not hate people who enjoy Halloween - God does not! God hates these occult practices, such as divination (mentioned on many sites) but he loves the people who are bound by these things, and sent Jesus to die for them and set them free from the occult and from Satan.

Each feast is on what is known as a "Highcross Quarter", a system for calculating the solar and lunar cycles and follow this order throughout the wicca year.

Samhain - centred on November 1st - the start of the wicca year - witches celebrate "the overthrow and death of God" with a "banquet for the dead."

Imbolc - February 1 - the time when "the old crone goddess of winter gives way to the maiden who... prepares the earth to start its growth cycle yet again."

Beltaine - May 1 - is a time of "fertility" popular for witch weddings.

Lammas or Lughnassadh - August 1 - is a time for "bringing forth fruit as well as setting store and making provision for the winter ahead."

Information from a Daily Telegraph report on the controversy over attempts to name a Leicester shopping centre, "Highcross Quarter".

The following information was gleaned from logosresourcepages.org but this is no longer available on line.

Halloween is the evening before All Hallows day, a saints day for the saints who did not have their own day. It was created by the church around 800 AD in a futile attempt to overwrite the pagan, Druid feast of Samhain, the lord of death and evil spirits. Samhain will be more familiar as the skeletal figure in a hooded robe carrying a scythe, commonly called the Grim Reaper, but also appearing as Old father Time when also carrying an hourglass. The feast of Samhain marked the beginning of the Celtic New Year and the start of Winter. The start of Summer on 1st May is the corresponding feast of Beltane.

The Celts believed that on October 31st Samhain assembled the spirits of all who had died during the previous year and been confined to inhabit the bodies of animals as punishment for their evil deeds. They were then allowed to visit the living. In order to protect the people, the Druid priests led the people in rituals, which included putting animals and humans into wicker cages and burning them to death on bonfires (bone fires) These fire festivals, which included leaping over or through the fires have clearly discernible connections to those of Baal and Molech which were practiced in Canaan and condemned in scripture.

So how can a feast which is all about Death, Fear, Horror, Evil, Satan and the Occult but which has no Christian significance have any place in the lives of Christians?   Halloween was and is an occult worship day for both Satanists and witches.   Incidentally, the difference between Satanists and witches is somewhat academic.   While Satanism is a reversal and perversion of Christian symbolism, witchcraft is not a reaction to Christianity but pagan worship of the Mother Goddess and her consort the Horned God. (Lucifer also known as Satan)   For all occult practitioners, Samhain is a night for satanic rituals, sacrifices, spells, divination, curses and also drinking, dancing and sexual orgies.   For witches it is a joyous festival and a major sabbat.    Although data is hard to come by, it appears that graveyard desecration, animal cruelty and disappearances of children are linked to Samhain.

So what about the popular Halloween customs?

On 31st October the Druid priests instructed the people to put out their hearth fires and lit bonfires (or bone fires) and sacrificed to the sun god Muck Olla and to Samhain, god of death.   Divination was practiced by observing the struggles of the victims in the fire, and examination of their bones.  During these events the people wore costumes of animal heads and skins to scare away the evil spirits who were abroad on that night, by appearing like them.   The white faces often seen on trick or treat visitors belongs to the attempt to look like the spirits of the dead.

If the above failed, the spirits could be placated by providing food and shelter for the spirits believing that they would not then cast an evil spell.   It is said that the druid priests of Ireland went around collecting offerings to Satan, carrying lanterns, money bags and sharp pointed staffs.   Households making offerings would presumably be favoured, but where no offering was forthcoming a man or male animal would be castrated.   This passed into begging for food with menaces and then into Trick or Treat.

This is the ancient symbol of a damned soul – either a pumpkin head or a skull with a candle inside, which served to guide participants to a witches sabbat.   Hence having one outside the home signified sympathy with the Satanists to escape their evil displeasure. There are also beliefs about these lights guiding the spirits of the dead who are around at Halloween.

Druids believed that humans were reincarnated as cats and so held them sacred.   Even after the coming of Christianity, oxen were sacrificed and black cats were believed to be witches in disguise and were burned on Halloween.

This custom was added to the Celtic celebrations by the Romans in honour of their goddess of fruit trees.

Let no one be found among you who sacrifices his son or daughter in the fire, who practices divination or sorcery, interprets omens, engages in witchcraft, or casts spells, or who is a medium or spiritist or who consults the dead. Anyone who does these things is detestable to the LORD,

Abstain from all appearance of evil,

So ? What should we do about Halloween ?

Seek to explain the darkness behind the Halloween event.

Halloween is, at its roots, about darkness and evil. Occult means Darkness.

Becoming fascinated by the darkness of Halloween can open you and your family up to occult forces, and result in mental health problems.

Satan's purpose is to keep you from receiving the light that Jesus came into the world to give us. Luring people into the occult is just icing on the cake.

Seek to spread LIGHT in place of DARKNESS

Have a Treat or Treat event - Out in the local community - a fun alternative to trick or treat.

But, our Treat or Treat event is not just a fun alternative to all the nastiness that stalks the streets on Halloween, but an offer of the light of Jesus.

John's gospel starts with some profound truths about Jesus - the Word from God.

In him was life, and the life was the light of mankind.
The light shines in the darkness, and the darkness has not suppressed it.

Jesus offers release from the power of darkness, evil and death and we have his message of light to share.

If people reject Jesus' offer, they are placing themselves in eternal danger, since Jesus alone has the power to give eternal life, having defeated Satan and death when he died on the cross and was raised again.

We would suggest that folks who appreciate these issues make themselves available and identifible around your Treat or Treat event. Perhaps a large badge or a HiViz tabard printed with something like . . . , (Remember, a tabard has a front and a back)

"Questions about Halloween - ASK ME "

"DARKNESS and LIGHT ? ASK ME."

Don't forget - Jesus and his church are not powerless. He said

" . . . and upon this rock I will build my church; and the gates of hell shall not prevail against it."

If people align themselves with the forces of Hell against his church, he has the power to stop them, as he did with the sorcerer in the book of Acts,

" Elymas the sorcerer (for that is how his name is translated) opposed them, doing his best to turn the governor away from the faith.
'So now, look! The hand of the Lord is upon you; and for a while you will be blind, unable to see the sun.' Immediately mist and darkness came over Elymas; and he groped about, trying to find someone to lead him by the hand." 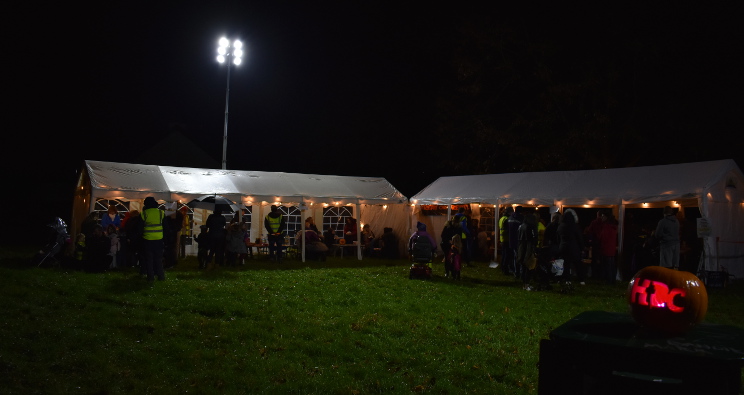 GO OUT and SHINE