You are to be holy to me because I, the LORD, am holy, and I have set you apart from the nations to be my own. Leviticus 20 v26 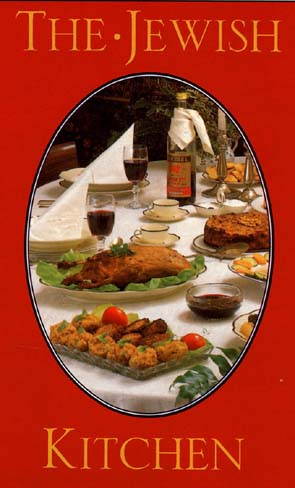 The laws of Kashrut are very complex and this is only an introduction.   The (Jewish) leaders of the early church considered whether the Gentile believers should be instructed to keep the Jewish food laws, but they settled on three recommendations.   ( Not to eat meat from animals which had been strangled, not to eat the blood  (the blood is the life of the animal) and not to eat meat sacrificed to idols)    (Acts 15 v12-20)            (See "I became as a Jew"    books )

It is worth noting that the Kosher food laws given in Exodus, along with the instructions concerning cleanliness kept the Jews free from many health problems and plagues, which the Gentiles suffered until the twentieth century.   Some of these laws have obvious health reasons while others are primarily for religious teaching purposes; for instance, the cleansing the house of all leaven before Passover.

Not eating pork is the best known law, but pigs are merely best known of the "unclean animals"  prohibited in  Leviticus ch 11 , that are most widely eaten by non Jews.   Leviticus 11 also contains the prohibition on eating the blood of an animal, as "the life is in the blood".  This is interesting, considering some of the sayings of Jesus about his blood.

Fish with scales are clean while other fish and shell fish are not.  This gives protection from food poisoning which can be caused by creatures which feed on detritus on the bottom.

Jews will not mix meat and milk, either for dishes like Lasagna or following a meat dish with a milk pudding.  The scriptural reason for this is probably the prohibition on "boiling a kid in its mothers milk".  (Ex 23 v19)   This is believed to be a prohibition on a specific pagan fertility ritual practiced at the time, but opinions vary.

A good Jewish Cookery book will provide many interesting Jewish recipes, many of which would be excellent for a Israel themed evening or celebration of a Jewish feast.  Many also give an excellent insight into the celebration of the Jewish feasts and festivals.   Because  Jews have lived in so many different lands, "Jewish cuisine" includes flavours from many different lands throughout Europe and Asia.  Many recipes are very frugal; reminding us of the privations suffered through their history.  The specially Jewish  ingredients can often be found in supermarkets close to Jewish communities.  Carmel grape juice and sweet red wine are well worth tasting.

"Kosher" in the sense of approved legal and good, has become part of English language.   Its use comes from marks of approval  given by Rabbis to assure purchasers that food products have been produced in accordance with the Kashrut laws.   This is true of Matzah produced for use at Passover as opposed to Matzah which is for use at other times when the possibility of some contact with leavened products is not a problem.

The prohibition of leaven at Passover concerns faith not hygiene.  ( See Passover  pessach )  Leaven, or yeast, is the agent which causes the bread or other product to become puffed up so it is used as a picture of sin and pride.   Jews will not eat any risen product for the week of Passover as part of the teaching process and also as an act of devotion to God.

Some may feel that the Apostle Paul (Shaul) was criticizing Kosher observance in his teaching about how those with a strong trust (faith) should not harm those of a weaker faith.  (Romans 14)   However, we need to note that the context of these teachings is the Gentile church and the eating practice referred to is vegetarianism, not kosher.

But what if someone quotes Jesus, in Mark 7 v19? Was Jesus abolishing Kosher observance for the Jews?

"For it doesn't go into his heart but into his stomach, and then out of his body." ( In saying this, Jesus declared all foods "clean.")

Again, it is all about context, Jesus was teaching about the custom of handwashing; not the Torah of God.