The Book of Ruth  -  a prophecy concerning Israel and the Church 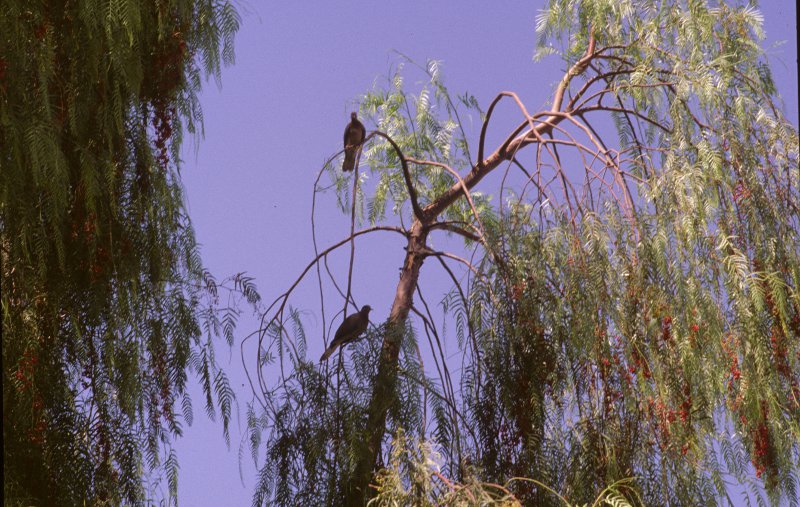 From the ministry of Reuven Doron at the Feast of Tabernacles in 1997.

All the characters' names are significant.

A family leaves Israel to go to Moab because of famine. The man is Elimelech ( God is King )  and the woman is Naomi ( Pleasant ).   Israel is married to God her King and everything is pleasant and blessed.   But they leave the land God gave them and go to a heathen land;  furthermore their sons marry local women.   The two sons are named Mahalon and Chillion, meaning "to be sick" and "to die",  and that is just what they did after Elimelech had died.   Naomi ( a picture of Israel ) is left without her God in a pagan land with only her two daughters in law.

Naomi decides to return and seeks to leave her daughters in law, Orpah and Ruth.   Naomi tries to discourage them  ( this is what rabbis were to do to anyone seeking to convert to Judaism)    Orpah returns but Ruth goes with Naomi.   Ruth's name, in Hebrew, means Friend, while Orpah refers to the back of the neck which she turned when she went back.   While Ruth made the wonderful promise ( ch l v16 ) " ...where you go I will go, ...Your people will be my people and your God my God..........." .  It is chilling to realise that Ruth and Orpah represent two types of church, and that Orpah was going back to her people and her old gods.

Naomi returns and replies to greetings that she is no longer to be called Naomi (pleasant )  but Mara   (bitter )  as she went out full but has come back empty.   Remember how the state of Israel was born in the twentieth century:  a barren land into which the survivors of pogroms and the holocaust came like Ezekiel's dry bones.

Boaz, whose name means "in him is strength" was a kinsman of Elimelech and his sons and was willing to carry out the law which cared for childless widows and the family inheritance by redeeming the dead man's family.   Thus Boaz is the picture of Jesus, redeeming and marrying the church..

Boaz said that "It has come to my notice" how Ruth cared for Naomi.   Jesus will notice our care for Israel.

God enabled Ruth to conceive, although she had not while married to her previous husband in Moab, and she gave birth to Oved ( a worker ).

It is interesting to note the comments of the women, "Naomi has given birth:"  to Oved and that she nursed him in spite of being old and worn out.   GOD still has work for Israel in the completion of his plans but she needs the help of the Ruth church.

Gustav Scheller writes, in his book "Operation Exodus", of God's word to him about Israel's return to their land.

"And then God showed me His Father's heart. I want to tell you, it is a broken heart. I saw it so clearly; He is longing for His people to come home. He is on the lookout and says, 'Come My children, come now.'
And then He showed me the elder brother. We are the elder brother! The body of Christ. Because the overwhelming majority who live in the body of Christ do not care about God's chosen people, do not care what is happening with Israel. The Father is grieving over the attitude of the elder brother.
Many in the Church know that the Great Commission must be completed before the return of the Lord (Matthew 24:14). But if we do not also recognize the role of Israel as we enter the end times, we are only standing on one leg. We see from Acts 1:6 and 3:21 that Jesus will come when the kingdom is restored to Israel, to reign 'upon the throne of David and over His kingdom' (Isaiah 9:7).

Ruth is read at Shavuot, the time of the Harvest in the story, but why is it relevant and even important?

I would highly recommend the teaching from Rabbi David Fohrman on Aleph Beta. There is so much more to be learned from this story.

The strange and difficult part of the story, apparently about seduction, echoes two earlier stories in Genesis that are both apparently random insertions in the narrative. Judah and Tamar and Lot and his daughters. All three concern yibun ( continuing the line of a dead husband) It would appear that Boaz was being a bit tardy in fulfilling this duty as a relative of Ruth, and that Naomi works out a scheme to push things along a bit.

Rabbi Forhman also draws out other lessons about Kindness and recognition, from the characters in these stories.