Who / What are the Jews 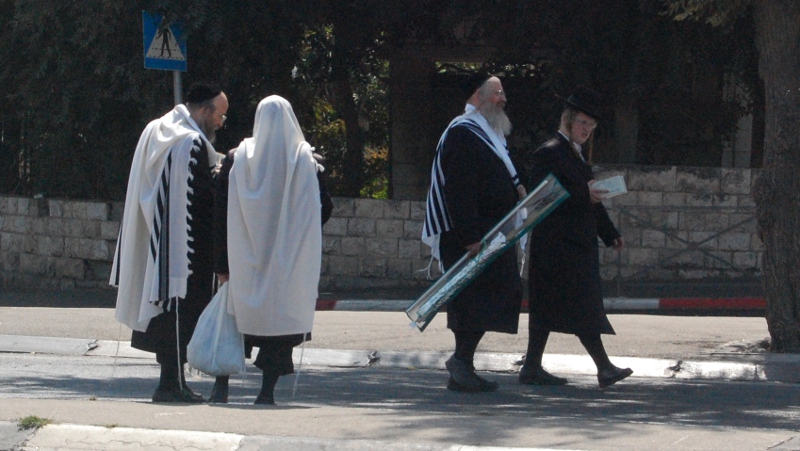 Technically speaking, Jews are descendants of Judah ( Yehudah ), one of the twelve tribes of Israel.  (The name Yehuda means "praise" )

The nation of Judah was the Southern kingdom which was formed when Israel was divided.   Judah included the tribe of Benjamin (Binyamin) and part of Levi.

There is much speculation about what happened to the "ten lost tribes" of Israel (other than Judah and Benjamin). There are different answers.... One is that they are not lost to God and He will reveal them in His own time. Another answer is that 2 Chronicles 11 v13-16 records those from every tribe who joined Judah. Many times it is the faithful remnant that counts in God's plans, while the unfaithful are lost. Perhaps God's elect from every tribe are not lost at all but are already part of Judah.

The priests and Levites from all their districts throughout Israel sided with him. The Levites even abandoned their pasturelands and property, and came to Judah and Jerusalem because Jeroboam and his sons had rejected them as priests of the LORD. And he appointed his own priests for the high places and for the goat and calf idols he had made. Those from every tribe of Israel who set their hearts on seeking the LORD, the God of Israel, followed the Levites to Jerusalem to offer sacrifices to the LORD, the God of their fathers.

The Jews are not all the same and you can't make generalizations about what they believe or practice.

Here are a few distinctions between Jews.

Nehemiah Gordon was raised as a Pharisee but became a Karaite from a conviction that the Pharisaic tradition was negating the Torah by the additions it made in the Mishna and the Talmud - which collected the "Oral Torah" and the teachings of revered rabbis and sages. 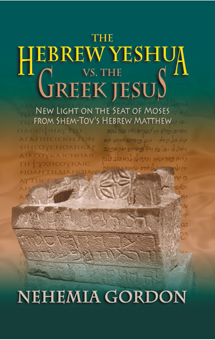 The centre point of his teaching concerns the dispute recorded in Matthew 23 v3, in which Yeshua appears to first condemn the Pharisees for their error and the burdens they impose on men, and then tell us to follow whatever they teach.   Surely a teacher of such integrity as Yeshua would not do such a thing!

This is where Nehemiah Gordon's clarity of scholarship and specialist knowledge of Semitic texts enabled him to make a major breakthrough.   He discovered that there is a Hebrew version of Matthew's gospel, which although not as ancient as could be desired, contains enough textual evidence to prove that Matthew originally wrote his gospel in Hebrew and that all Greek versions were translations from Hebrew.   (possibly via Aramaic)

The Hebrew of this passage reveals that Yeshua was not contradicting himself but was making a subtle point, which depended on one letter's difference in the Hebrew text (the difference between "them" and "him" )  to tell people to obey Moshe (Moses) and not the people who sat in the seat of Moshe.    ( Read Nehemiah's book to understand these important truths - I will give away no more than the above.)

This book also throws light on the dispute over washing hands before eating  (Matthew 15 v2-3) and on taking oaths  (Matthew 5 v33)  In every case it proves the integrity of Yeshua's teaching and clears up a difficulty with Greek based interpretations.

It is surely another sign of the amazing things God is doing that a Karaite, who does not  believe that Yeshua is the Jewish Messiah, has been raised up to give such important understanding about Yeshua to Christians.      It is also very significant to Messianic believers who are attempting to reconcile their trust in Yeshua as the Jewish Messiah with a form of Judaism which still includes a nineteenth prayer in the "Shemoneh Esrei"  (eighteen) which puts a curse on those who follow the teacher Yeshua from Natzeret.

This distinction would appear to make it more difficult than we might wish to identify closely with Jewish people.   However, perhaps understanding the problem brings us a step closer to overcoming it; or allowing God to overcome it.

The Talmud is a central text of Rabbinic Judaism. It has two components: the Mishnah (c200AD, edited by Rabbi Judah HaNasi), which is the first written compendium of Judaism’s Oral Law, and the Gemara (c500AD), an elucidation of the Mishnah. The Talmud consists of 63 tractates, and is over 6,200 pages long. It contains the opinions of thousands of rabbis on a variety of subjects, including: law, ethics, philosophy, customs, history, theology and love. The Talmud is the basis for all codes of rabbinic law and is much quoted in other rabbinic literature.

Orthodox Jews accept the Talmud as authoritative and its study is a central component for those training to be rabbis.

Before condemning the Pharisees or the Rabbis too enthusiastically - do we Christians add traditions, forms of righteousness and requirements to the scriptures and the gospel with which we have been entrusted?